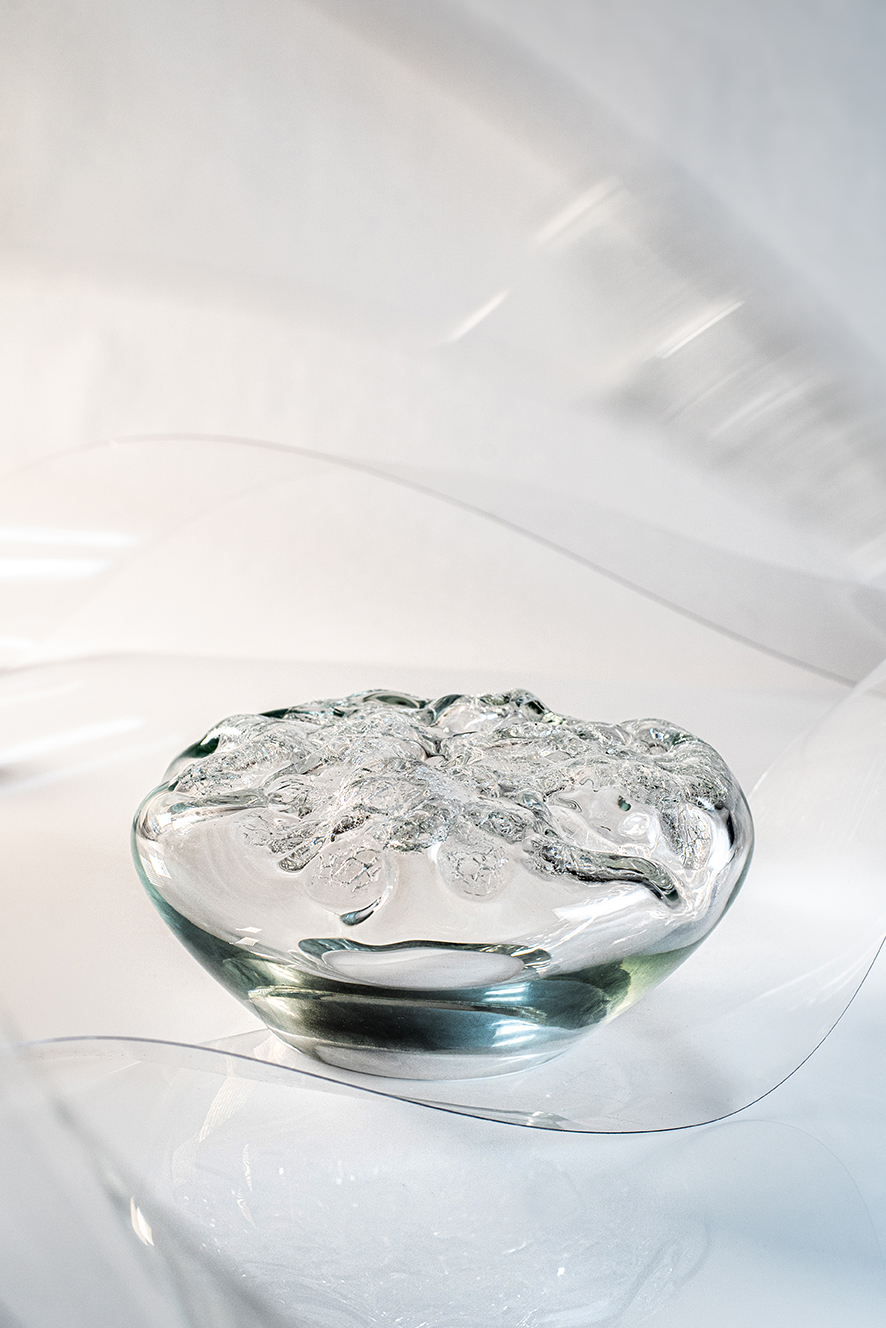 The object entitled “Cloud” derives from the author’s inspiration with the world of nature and is an accurate record of the struggle of opposing forces and elements that coexist in it. All this thanks to a specific technique, which the artist has chosen to use: “When blowing the <<Cloud>> object, I put ice on the bottom of the mold, which during melting is imprinted by cooling and tearing the glass surface, giving the shape of a cloud. It is a form of free-handed glass creation, the cooperation of a steelworker and an artist plays an important role here, the effect is the sum of the creator’s vision and the possibilities of the material”. Glass becomes a substance on which a moment, a fleeting phenomenon, is recorded; it allows us to capture something ephemeral and intangible in material form. This metaphor resonates with particular force if one realizes that the glass itself is also an effect of the clash of the elements of nature, a material derived from the earth and, thanks to the power of fire, creatively transformed by man. 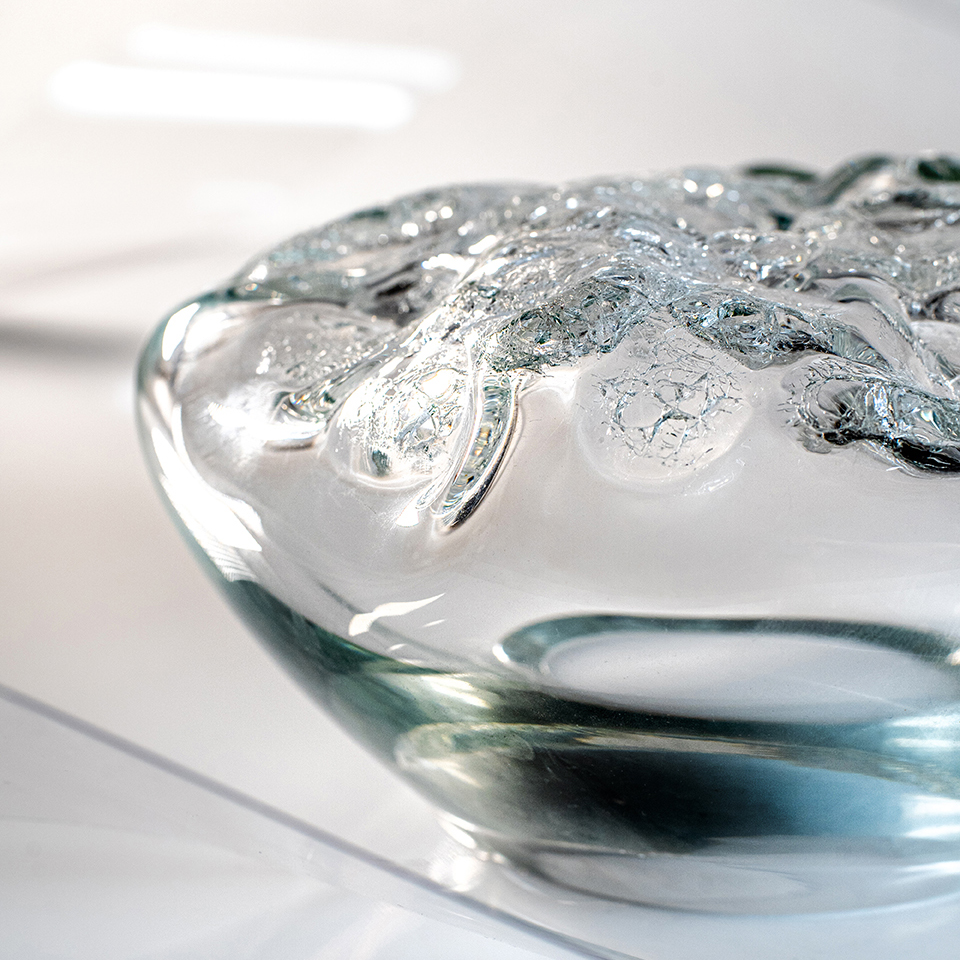 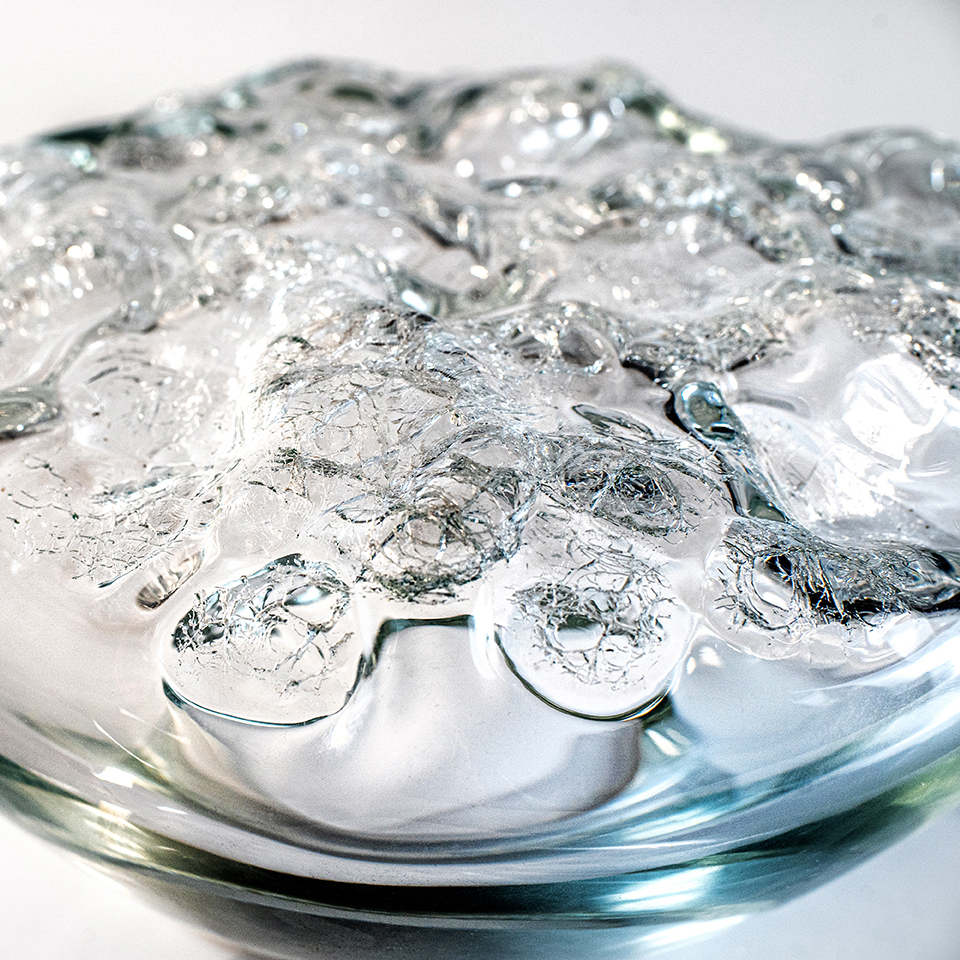